autopia cycle deals with the notion of self initiative at the car parts section of tbilisi’s eliava market, a place which from the outside – the population in tbilisi at large – is mostly perceived as polluted, unorganized and sub-standard becoming hence a place judged for what it is not instead of being recognized for what it is.

the rhythm on site is framed by the structure of repetitive working hours, the existing space and the interactions between the sellers and possible customers as well as between the sellers themselves. at first this rhythm seems to cycle solely around money, manifesting the market as a place of monetary transaction per se.

then the all visible reusing points out another circulation in making a living: through the to be sold goods, which are mainly of second hand quality as well as through the set up of the infrastructure, namely interiors designed of left over material, trash, etc.

this does not only derive from improvisation but from knowledge of the possible to work within limitation itself. a knowledge which can be considered to have derived from soviet period, when goods were scarce and solutions to be found.

framed by a unique sense of solidarity among the sellers, a market built up from all that is of no use otherwise or anywhere else. 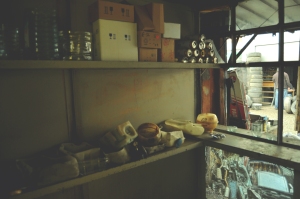 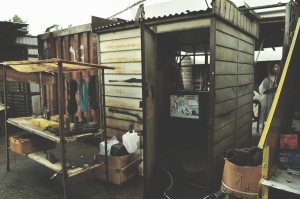 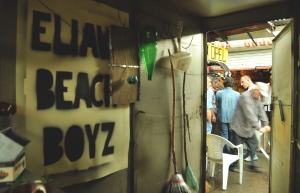